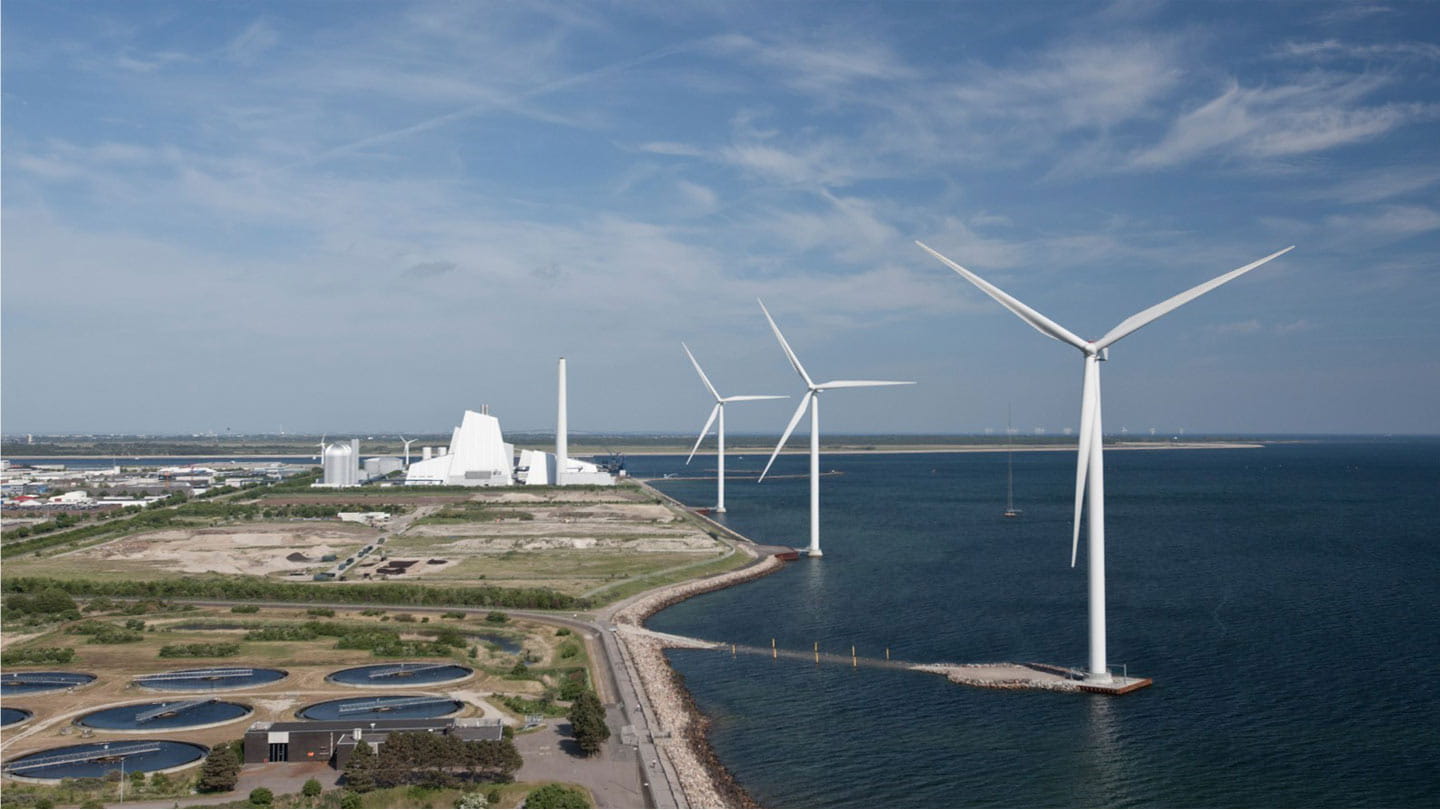 Avedøre Power Station where H2RES will be located.

Ørsted has decided to take final investment decision on the H2RES renewable hydrogen demonstration project at Avedøre Holme in Copenhagen, Denmark. H2RES will be Ørsted's first renewable hydrogen project in operation and marks a new era in Ørsted's green journey, where the power of offshore wind will be harnessed to decarbonise society beyond direct electrification, offering a path towards zero emissions for otherwise hard to abate sectors.

H2RES will have a capacity of 2 MW. The facility will produce up to around 1,000 kg of renewable hydrogen daily, which will be used to fuel road transport in Greater Copenhagen and on Zealand. The project is expected to produce its first hydrogen in late 2021.

"We see renewable hydrogen and other sustainable fuels as cornerstones in reaching net-zero emissions by 2050, and H2RES will contribute with key learnings to turn Europe's ambitious build-out targets for renewable hydrogen into a new industrial success story. With the right framework in place that incentivises the shift away from fossil fuels, renewable hydrogen can decarbonise transport and heavy industry, which is paramount to creating a world that runs entirely on green energy."

Ørsted has over the past 18 months partnered with different consortia in seven renewable hydrogen projects in Denmark, Germany, the Netherlands, and the United Kingdom.