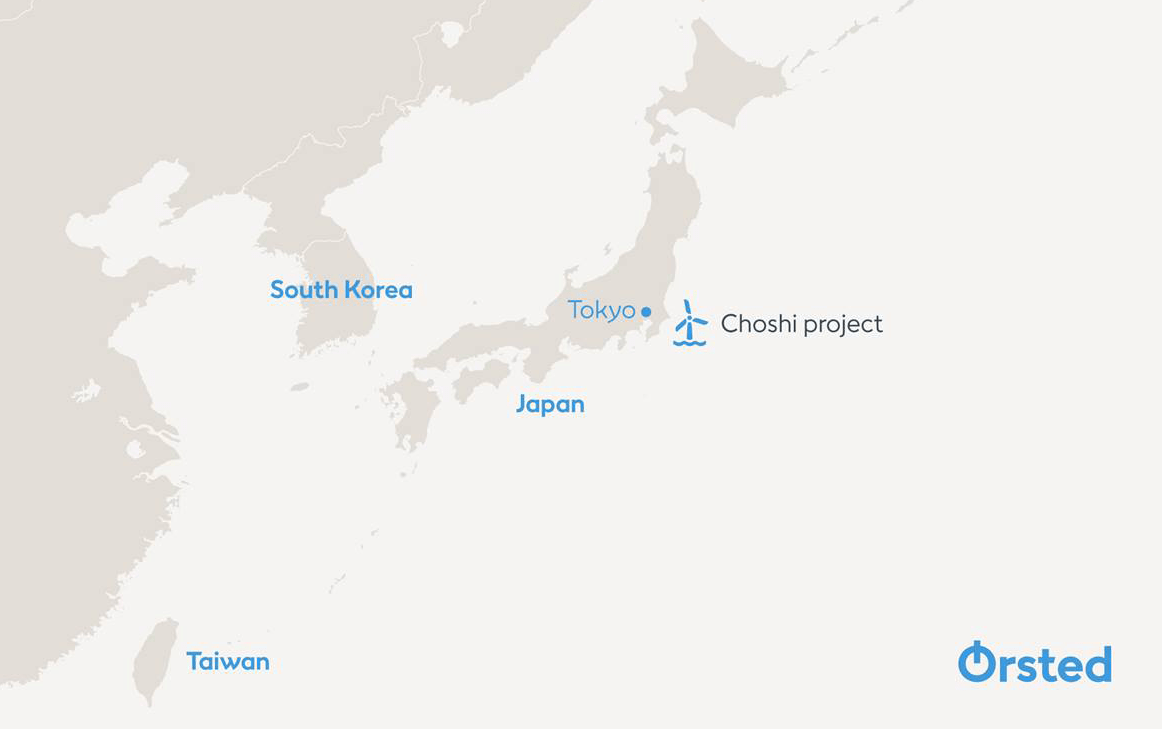 Matthias Bausenwein, President of Ørsted Asia-Pacific, says: “Our vision is to create a world that runs entirely on green energy. We look forward to bringing in our nearly three decades of offshore wind expertise and experience to support the transition to clean energy in Japan.”

“When entering into a new market, Ørsted strongly believes that working with local partners can be a key success factor. Last November, we inaugurated the first ever commercial-scale offshore wind farm in Taiwan Formosa 1, with joint venture partners. It demonstrated our adaptiveness and flexibility to adjust our way of working in the new markets while at the same time, find the right way of working with our partners, local suppliers and local government to deliver tailor-made solutions. We are confident that combining our global capabilities and TEPCO’s local expertise will help accelerate the offshore wind industry development and energy transition in Japan.”

Japan’s offshore wind market is gaining momentum following the government’s commitment to increase the deployment of renewables and the passing of the legislative foundation for designation of large-scale offshore wind development areas. In its Fifth Basic Energy Supply Plan from July 2018, the Japanese government targets a 10 GW wind capacity (offshore and onshore) by 2030 as part of its ambition to reach a 22-24% renewable share of electricity generation by 2030. The first auction of the promotion areas is expected to take place in the second half of 2020.

More than 70% of Japan is mountainous, and around three quarters of its 127 million population live in urban coastal areas, which makes offshore wind an ideal source of large-scale, homegrown renewable electricity generation for Japan.

Four different locations in three prefectures have been put forward as preferential sites to be designated for the first auction round, including Choshi, positioned within Chiba Prefecture. Ørsted believes offshore wind can become a new vibrant industry in Japan that can help increase energy independence and meet Japan’s goals.

Ørsted has paved its way into the Asia Pacific since it set up an office in Taipei in 2016. The entry to Japan marks another solid move for Ørsted to expand its presence in Asia Pacific and provide stable and green sources of power to the region.