We caught up with passionate biologist Birte – one of our experienced in-house environmental specialists – to better understand the importance of biodiversity initiatives in offshore wind projects.

Hi Birte! What led you into the world of biology?
Growing up on a farm in Northern Jutland, I was always out in nature—and I loved it. By the age of ten I could name all the plants in Denmark. I even spent all my pocket money as a teenager on memberships to WWF and Greenpeace. So, I decided to study biology and landscape management at university, and afterwards joined a consultancy firm focused on EU nature conservation directives and getting countries up to speed.

When I joined Orsted in 2007, offshore wind was still an up-and-coming technology, and we were focused on making it a competitive source of energy. We didn’t pay much attention to the many opportunities for marine life. Since then, a lot has happened with the way nature is valued in our assets.

You’ve experienced our biodiversity journey firsthand. How has it changed?
When I first started, our industry was more reactive than proactive on biodiversity and nature conservation matters. Our mind-sets have fortunately changed over time, but the biodiversity challenges we face have stayed the same for many years. When we build offshore wind farms, we must attempt to avoid areas where birds, fish, or marine mammals are either feeding or resting, or at the very least find ways to mitigate our impacts. In my department, we perform environmental impact assessments to identify locations with no environmental obstacles, but over the years we have increasingly been finding solutions that can positively stimulate local ecosystems.

My first experience with this approach was at our windfarm near Anholt in 2012, where we solved a technical problem with artificial reefs. The site had large boulders scattered on the seabed, which made it difficult for us to place the foundations and cables for our wind turbines. The authorities would not allow us to remove the boulders due to principles of conservation, so we came up with the idea of stacking the boulders together in piles to create reef-like structures. This became an important example of biodiversity efforts adding value to our projects.

On artificial reefs – have other authorities been receptive to these kinds of innovations
Yes, many – in fact, many stipulate them, as in the case of the artificial reefs we constructed at Borssele, in the Netherlands. This was the first offshore wind project in our portfolio where ecological enhancement was an obligation built into the tender by the Dutch government. It really forced us as a developer to rethink parts of our solution with nature in mind. I believe that putting such requirements into tenders is a strong tool for governments to achieve positive impact—both in oceans and on land.

How exactly do these reefs support local biodiversity?
At our Borssele 1 & 2 wind farm, we have decided focus on improving habitat conditions for Atlantic cod, since it is in decline and at the same time an umbrella species – meaning its presence benefits other species in the local ecosystem. The reefs are made from pipes to allow cod to hide and shelter. These pipes are all sourced locally – in fact, they are faulty plumbing pipes, which would otherwise have been thrown away. So, there is also an element of circular resource use to the projects.

At our Borssele 1 & 2 wind farm, we have decided focus on improving habitat conditions for Atlantic cod, since it is in decline and at the same time an umbrella species – meaning its presence benefits other species in the local ecosystem. The reefs are made from pipes to allow cod to hide and shelter. These pipes are all sourced locally – in fact, they are faulty plumbing pipes, which would otherwise have been thrown away. So, there is also an element of circular resource use to the projects.

We are collaborating with Wageningen Marine Research in the Netherlands, who is responsible for monitoring the cod and measuring the effect of the project on biodiversity. The data collected will be made publicly available so that others may learn from our findings on building with nature as well. Knowledge sharing is critical in the fight against climate change and biodiversity loss.

We’ve gained valuable experience and learnings from the cod pipe reefs installed at Borssele, which we now use to feed into new initiatives and ultimately support our journey towards an overall net-positive contribution to natural ecosystems, habitats, and species in and around all of our new renewable energy projects. The learnings from Anholt and Borssele are invaluable for our journey towards net-positive impacts. 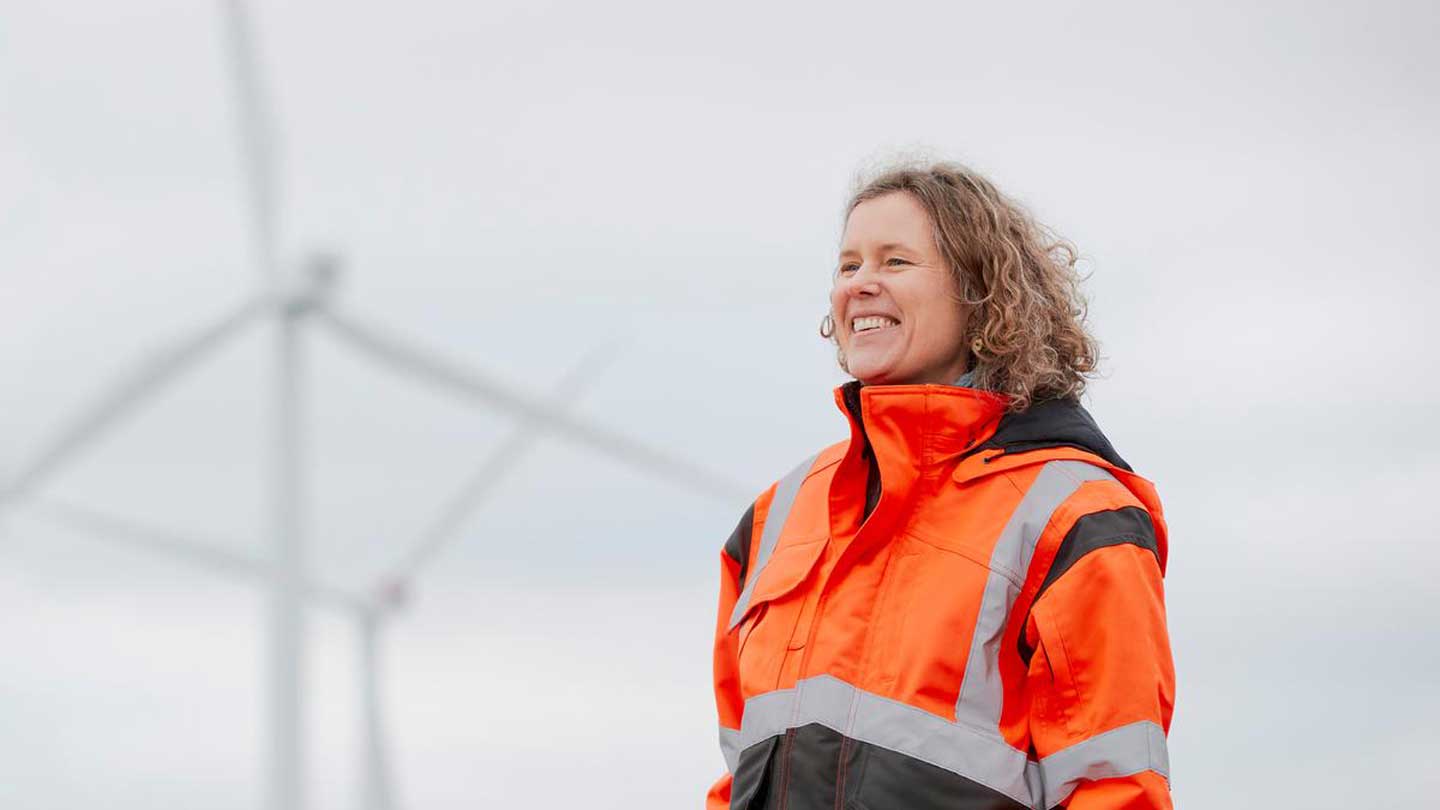 What more can be done to help solve the biodiversity crisis?
Nature certainly is in crisis, with huge amounts of biodiversity being lost, but I believe we can still do something about the core issues. While our thinking on biodiversity at Orsted has radically progressed, the renewable energy industry cannot do it alone. To ensure the positive impacts on biodiversity that we so urgently need, governments and other regulators must create conditions that support the development of biodiversity initiatives. This can be done through legal requirements and funding, and by making ecological enhancement a clear criterion in tenders or permits.

To me, Orsted is on the right track. We are taking important steps in our work with biodiversity, and more of our projects across the globe are including such initiatives. So, I am optimistic about our nature’s future. 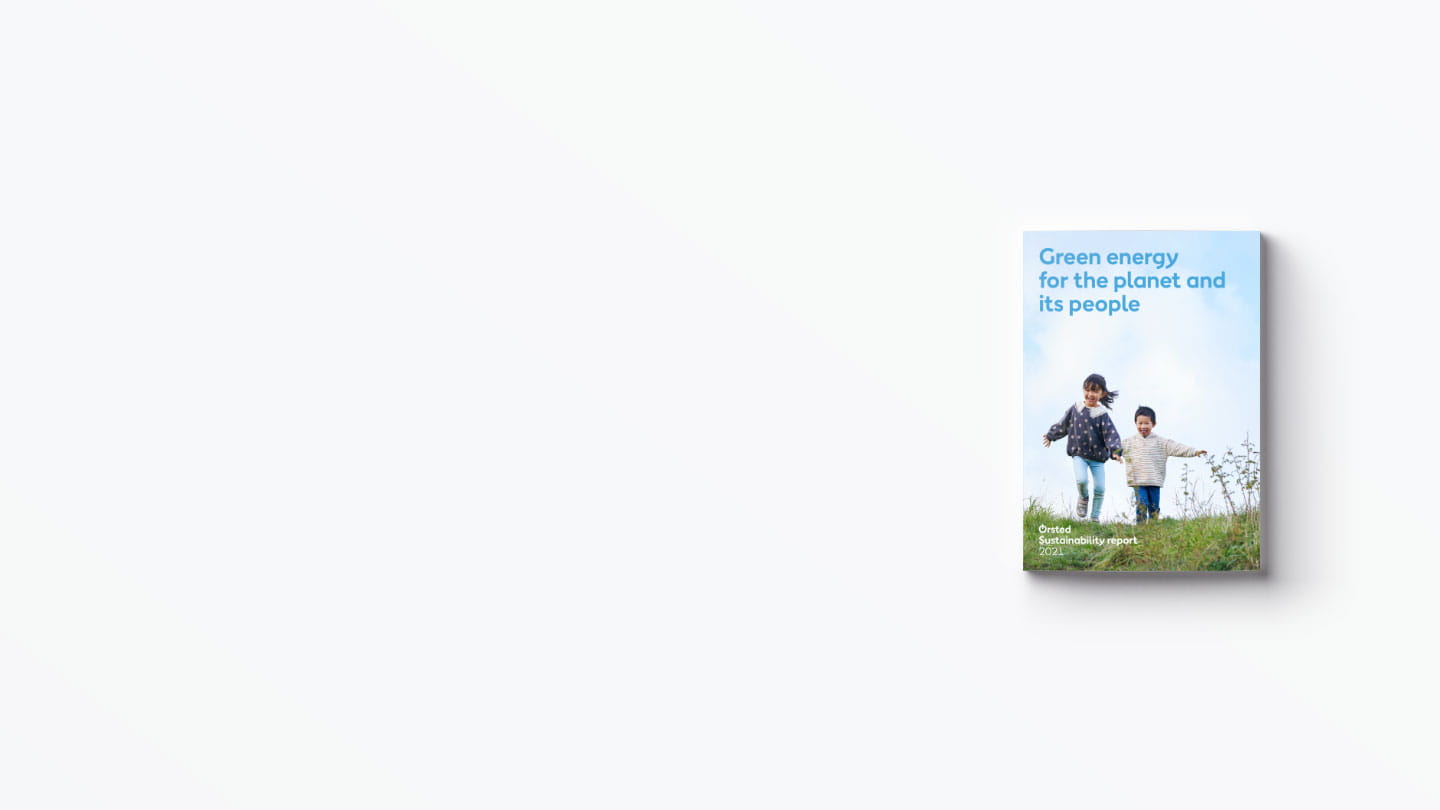 Green energy for the planet and its people